Every child is an unparalleled gift of life to be cherished forever. Their every laughter is a music that brings joy to our heart, their every cry is a heartache. Promises aremade to protect this little "bundle of joy" and shield them from any harm in the long journey ahead. And it is the time for every parent to proudly boast around stating "he/she has my Genes." 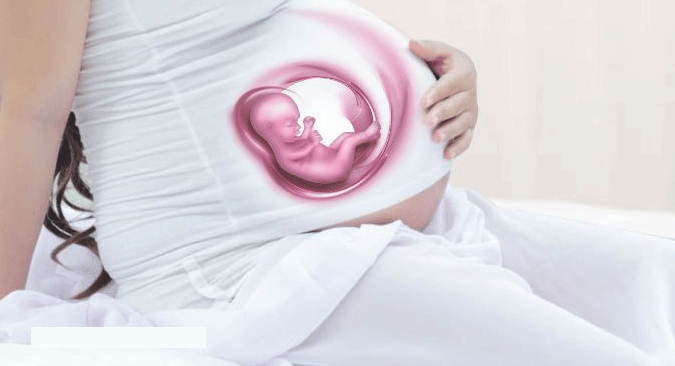 But this, not only means to safeguard them from external variables once they are born, but also being cautious about the possible factors affecting them when they are just a fetus in the womb. What could be a better way than be able to screen the baby's health inside the womb?

A plethora of options offered by medical science has made the phase of pregnancy less challenging. Capacity of healthcare providers to monitor the hormonal changes and blood pressure fluctuations has given an edge to this era's pregnancies. Thus making sure the good health of the mother as well as the fetus.

What does prenatal screening test for?
Prenatal Screening Tests- A Boon! An established screening care that gradually developed across the developed countries is Prenatal screening. Prenatal tests check the developmental milestones and health of the unborn child that include Ultrasonography, Serum-based screening tests as well as confirmatory diagnostic tests for high-risk pregnancies.These tests highlight disorders like Neural Tube Defects (NTDs) such as anencephaly and spina bifida, chromosomal abnormalities such as Trisomies including Down syndrome, Edward's Syndrom and Patau Syndrome.

All these disorders are detected by using markers, which can be maternal, fetal or both. Markers are the building blocks of screening tests and these tests are different from those of diagnostic tests. Prenatal screening is limited when compared with diagnostic tests, as it focuses on pregnancies that are at a higher risk of acquiring genetic disorders. Say for example, screening for Down syndrome does not confirm the condition, but gives a probability of not having any defect or problem in the fetus using non-invasive tools, which can be further confirmed by invasive diagnostic procedures (Chorionic Villus Sampling or Amniocentesis).

What is Triple marker Test?
Triple markers is a maternal blood screening test performed in order to evaluate specifically three parameters (markers) namely; Alpha fetoprotein (AFP), Human Chorionic Gonadotropin (hCG) and estriol. It is majorly performed between 14 to 22 weeks of pregnancy to diagnose genetic disorders in the fetus.

Alpha Fetoprotein (AFP test) AFP test in maternal serum and amniotic fluid indicates the presence of NTD in the fetus. Monitoring AFP levels help in determination of any fetal malformations early during gestation, so that the autogenous choice of termination of pregnancy is offered to the parents.

The screening test done for determining the levels of AFP plays a crucial role in determining the following outcomes.
Omphalocele It is a rare abdominal wall defect in which intestine, liver and other organs remain outside the abdomen in a sac-like structure. This condition causes a defect in the development of exomphalos (muscles of the abdominal wall).
NID Increased levels of AFP in the maternal serum and amniotic fluid characterizes neural tube defects in the fetus such as spina bifida and anencephaly.

Human Chorionic Gonadotropin (hCG) The hCG hormone can be detected in urine or blood after implantation, which occurs six to twelve days after fertilization as the hormone hCG is produced in the earliest stages of pregnancy. During early pregnancy, hCG plays a role in survival of the corpus luteum and has a significant role in implantation of the blastocyst. It also functions as protection of the embryo against immune attack at the fetal/maternal boundary. Initially, the hormone is produced by embryo and therefore acts as a marker for its presence. If some abnormal growth in the uterus is observed, say in case of multiple pregnancies, hCG levels are evaluated which are generally higher than the normal levels in the blood.

High hCG levels can indicate the probability of miscalculation of pregnancy date, molar pregnancy (tisthe result of a genetic error during the fertilization process that leads to growth of abnormal tissue within the uterus) and multiple pregnancies.

Estriol Also known as 16-a-hydroxyestradiol, estriol is a natural steroidal estrogen which is one of the three main estrogen in the human body. Production of estriol by the ovaries is almost undetectable in non-pregnant women. During pregnancy, estriol is synthesized in very high amounts by the placenta and accounts to the most produced estrogen in the body. Estriol levels are used in prenatal diagnosis of Trisomy disorders. Post pregnancy, estriol is produced in very small quantities with scarcely detectable circulating levels. Estriol is cleared from the circulation rapidly in pregnant women hence the circulating levels are very low whereas the concentrations of estriol in the urine are relatively high. Parous women have higher levels of estriol than the nulliparous women.

The interpretation depending on the estriol levels is done along with analyses of certain parameters such as age and gestational period. And also for screening conditions like Down's syndrome, Trisomy 18 syndrome, and NTD.

Points To Remember While Undergoing Triple Marker Test
The screening test done is for detection of probable Chromosomal abnormality or NTD of the growing fetus, a single test result does not provide necessary information for most diagnoses
Positive marker test results need to be further analyzed by high resolution ultrasound imaging and amniocentesis followed by chromosome analyses for confirming the condition
The collective information obtained aids in making decisions on management of pregnancies

Triple marker test in Thyrocare for evaluating AFP, hCG and Estriol is performed by using fully automated Chemiluminescence Immunoassay methodology with the help of robust technology to give reliable results.

"A journey of pregnancy comes with its fair share of responsibilities... Screen for a Safe Pregnancy!"